A day at the Racecourse

Getting a bit tired of the wintry weather I took advantage of a fine day to re-visit a Northern Tas old racecourse which is no longer used as such, hoping to snag a coin or two. I usually manage to find something to take home even though it has had an absolute flogging from other detectorists.
Other people using the area often will come up for a yarn and tell me " Oh you won’t find anything here mate - it’s been done to death by every man and his dirty black dog" . Yeah, right!
Anyway, I proceeded to an open area and after digging numerous ringpulls, bottle caps and assorted shredded aluminium cans I got onto a spill of decimal coins dated between 1966 and 1980.
Moving on I decided to detect along a fenceline where I had previously detected a few old pennies and a 1900 3 pence. Using the 6 inch coil on the Equinox enabled me to work close to the metal fence and the old pennies and half pennies started turning up. Not long after, my first silver - a 1951 sixpence saw the light of day. A bit further along, out popped a 1951 florin - you little ripper!! Always good to find florins.
Working my way back along the other side of the fence towards the car, all I was getting were aluminium cans generally down deep.
The weather started to look a bit ominous, it was getting late and I’d had a pretty good day so decided to walk back to the car. A patch of disturbed ground right under the fence where someone else had dug caught my eye so over I went and swung the coil over it. Some low value junk targets there but just a few inches away was steady 32 to 33 signal. I dug out a clump of soil and broke it open to reveal a penny sized coin. Carefully brushing away the dirt I could see the silver colour.
It was my find of the day - a Queen Vic half crown dated 1881.
Just shows that there’s still good old stuff to be found if you’re prepared to put in a bit of work - no- one gets it all. 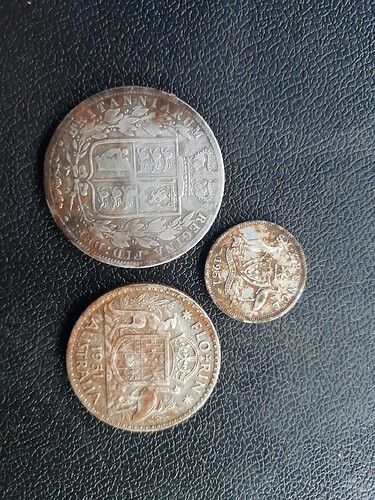 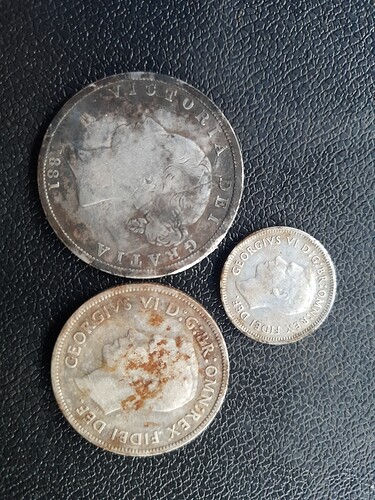 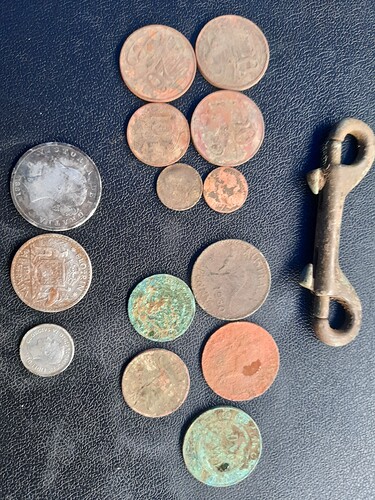 Wow nice effort mate! That sounds like a good day out for a winter run.

That’s brilliant mate!! What a haul!!