I came across this today, so I’m sharing it in case anyone else is interested in making a submission. The Commonwealth Government is proposing to ban all cash transactions involving businesses as of 1 January 2020 (in 5 months).

In my opinion, this could unfairly affect people who keep a substantial amount of gold, as selling more than $10,000 for cash at a bullion buyer would be banned. That’s only 5 ounces.

All part of the push to a cashless society . They will use the arguments of helping with tax avoidance , proceeds of crime etc. but in the end , when all our money and transactions are electronic it will make for a very powerful tool for the control of the masses . The loss of freedoms in this country in the last 80 or so years must have our old soldiers turning in their graves .

“selling more than $10,000 for cash at a bullion buyer would be banned. That’s only 5 ounces”
People could still sell for a direct deposit into their bank account and then withdraw the cash. I think there is a time delay with most banks so this is more a problem for the bullion buyer, because he can’t take the gold until the transaction has gone thru.
Interestingly, $10,000 is already the threshold of cash transactions that must be reported to Austrac.
https://www.austrac.gov.au/business/how-comply-guidance-and-resources/reporting/cash-transactions-over-10000-ttr

For years in Australia there have been businesses that only take cash. Barber shops hardly ever had eftpos because they preferred the ‘black economy’. I think it leads into a bigger debate about tax and governments.

Probably the reason interest rates are down to 1% is because the Federal government is $700 billion in debt. If rates were higher most of our taxes would go to paying interest on these massive loans and no money would go to running the country. The Reserve Bank is just a government department after all. That $700 billion debt was incurred by politicians who wanted to spend freely while in government, to get themselves re-elected basically. They left the debt for others to repay. Actually understanding why our system is broken is fascinating IMHO. 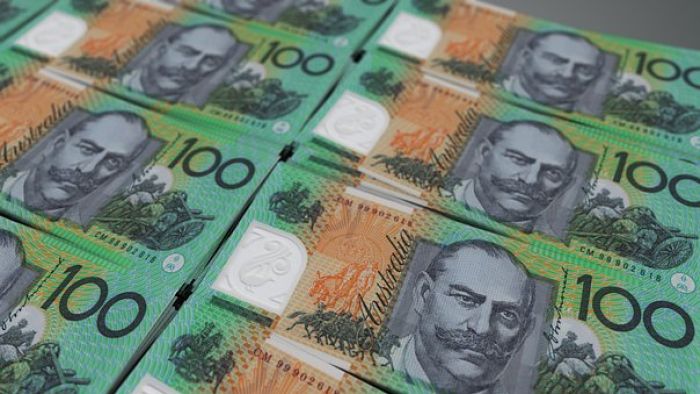 Australians could face two-year jail sentences and fines of up to $25,200 for cash transactions over $10,000.

Been thinking about it a lot. I abhor the fee a bank charges for a bank cheque. It’s wrong. Every vehicle I’ve bought I’ve paid cash for. Why? One reason is because it saves $10. That’s two coffees. Not much, but being an idiot of principle, I’d rather make them get the cash and ignore the warnings how I"m going to be robbed between the bank and the dealership. Even though for the last vehicle they had to go to another bank to get half of said cash.
The point is that the bloody bank cheque is for the bank’s convenience. Definitely not yours.
Also, having cash in your hand in front of the bloody car salesman makes them think twice about losing a sale when they can see their commission right in front of their greedy eyes. Shows you mean business.
Removing the ability to weaken the bugger’s resolve with such temptation by limiting the amount you can show weakens your negotiating position… Cars cost way over $10K most of the time now.

Hi warrenaw. You probably remember when we were paid in cash? We got a little envelope every week with notes in it, even coins. You could decide if you wanted to put some in the bank or not. Then at some point we lost the option.
We were paid directly into a bank account. I remember a job where I had to have an account at their bank to get paid.
Then somewhere along the way bank fees became more than interest. Now long term interest is at about 0.5%. And they think negative interest will stimulate the economy LoL!
No wonder you have lost faith in banks?