Does anyone know much about this coin? It’s hard to make out much detail as it’s fairly worn but it looks to be a very small sovereign. I found this a couple of years ago and didn’t think much of it at the time. 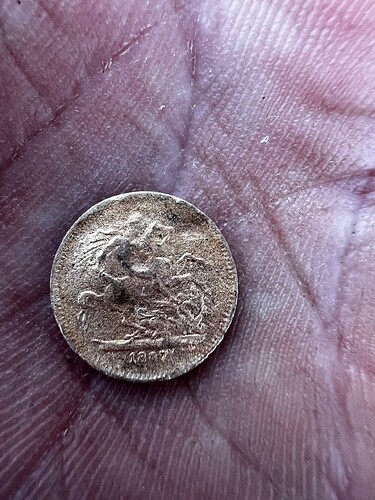 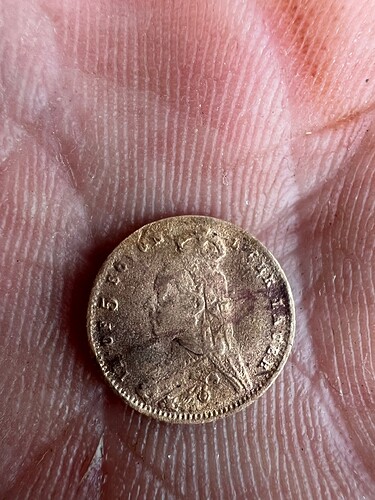 I should have been more specific when I said small. This coin only weighs just under half a gram. The top coin is a half sovereign and a $2 coin in there for scale. It’s also hard to make out the exact date. 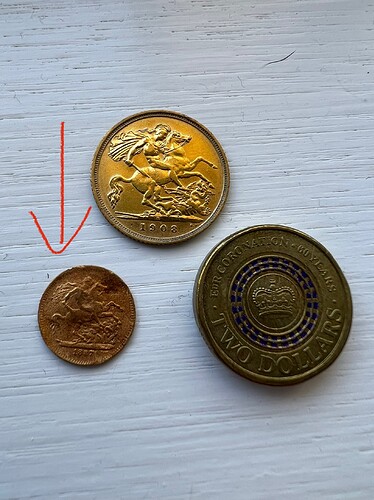 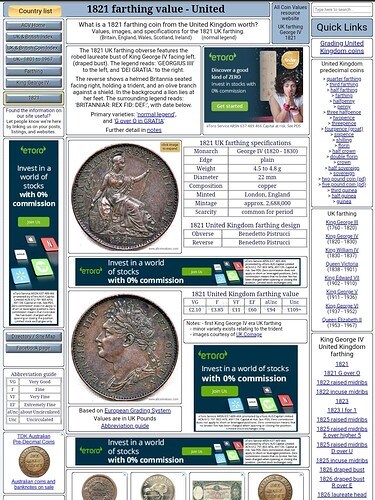 I think your coin may be a toy coin from a game . When zoomed in on the photo’s the condition and colour do not look like gold and on the St George side the wear on some edges appears dark when it should be brighter . Also the size is to small with a half Sov being only 1.2mm smaller than a $2 coin . Also the St George design did not appear on the Half Sov until 1893 . Still a great little find though that will always create some discussion when viewed .

Hi Curt, an interesting reply. You got me thinking it could be a counterfeit. There were 1887 five pounds and two pounds coins.

That is an unbelievably long story about these coins and a counterfeiter. The coin found looks similar but has a ‘5’ on the Queen Victoria side.

All sounds fairly plausible. I’ll have to check it with the acid test, might have to get a kit off ebay. I am fairly sceptical that it’s not actually gold myself and I can’t find any sovereigns that small online.