Anyone know how to build an unpowered high-banker? I am all ears, since they are now permitted!

Yes, by using a long hose and gravity and syphoning water from upstream. For example you could build a small wing dam.

It’s a funny one… you’d cause a lot more damage this way, but not technically forbidden

I thought the same thing, but, by golly the damage you could possibly do could be considerable to say the least.
I have seen in Victoria, where some river was muddy base, but had gold in it, there were a couple of people with a big highbanker and petrol pump loading material onto it way off out of the river where the run off from the highbanker didn’t get back into the river at all, so no turbidity at all other than from where they were digging. At the time, it didn’t make any sense to me until the reasoning was explained by the guys doing the work. I must say, though, that they were doing a LOT of work for very small returns… or at least for the two clean-ups I witnessed. Full marks for thinking about the river though.

I’ve seen it done by gravity and it works OK provided you’re not using the hibanker to break up material like clay balls. In that case you’d struggle to get enough pressure. 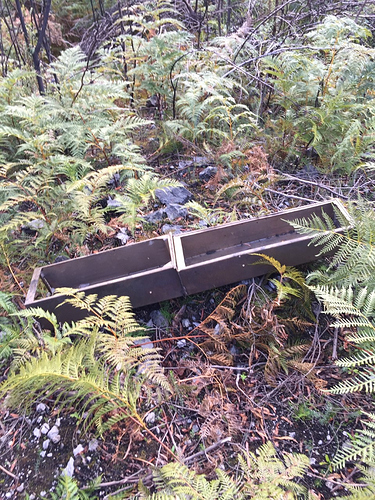 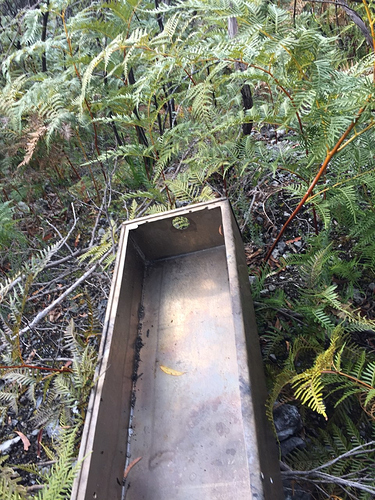 What’s the road into the area like after the fires? I’d heard it was shut for a while. I’m keen to go for a visit to Glovers Bluff.

Yeah the Eddy road was shut for a little while main issue was the Weld river bridge was closed too, log abutments badly burnt , bridge has just been rebuilt.
Its already starting to regrow in a lot of areas the fire damage was fairly patchy some areas flattened and nearby not touched.
I found that sluice near the Forster prospect … very strange doesn’t look like it has been used, its a short but hard little walk in there.

A pipeline to a gravity water source.
Not difficult in the right place but obviously can’t be done on flat ground.

I can think of a couple of places where you actually could use gravity feed, but neither is ‘where the gold is’ Still, it seems so illogical for the MRT to allow that,but not allow , for example battery highbankers or make it a requirement to have them so the run-off doesn’t re-enter the stream and perhaps cause more turbidity that you would get from running a sluice or just ;panning… Seems logical to me

It is not that MRT approve gravity water supply but that it is an alternative water supply that fits to the rules.
I agree on run off not going back into the creek, but I have not seen any fossickers operate that way. It is way I have operated under Exploration Licences.

I doubt grow tubs Pat, the center joint between them was open and the end was opened up too, right next to some old workings, got feeling it’s an old sluice.

I agree Ron. If that was a condition for prospectors, then highbanking under those circumstances would do even less damage than panning or sluicing, at least for turbidity etc.